6 ways to amplify your new innovation story to your audience

“Difficult times push us to embrace new solutions and shift us to experiment new inventions.” 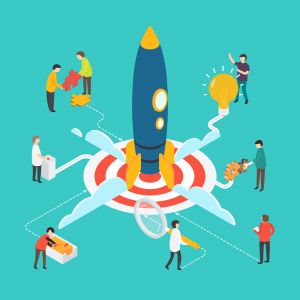 When Tom Hanks echoed “Houston we have a problem” in the movie Apollo 13, it pushed the then American Space program to bring back the astronauts safely. The riveting movie showcased a ground crew furiously attempting permutation in their simulation spacecraft to configure minimal power usage. After unaccountable failures, the team managed to swing it around with the right sequence of activating and deactivating main functionality of the spacecraft safely

Likewise, coming out with innovative solutions or new breakthrough ideas is refreshing. The daunting dilemma is well described by Kenneth Arrow’s concept of innovator’s paradox. Dyer, et al., (2020) explained the term “innovator’s paradox” is inspired by Nobel Prize-winning economist Kenneth Arrow’s description of the information paradox, in which the seller of information can convince the buyer of its value only after it has been fully disclosed, at which point the information has already been transferred to the buyer, who hasn’t paid for it. 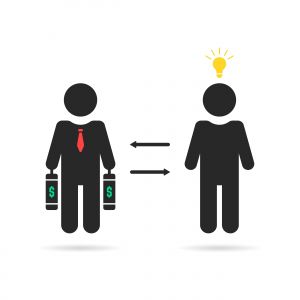 In the article “Overcoming the Innovator’s Paradox” (Dyer, et al., 2020), the authors suggested leveraging on amplifiers to drive home the message. Their research was based on 50 case studies and supported by 100 interviews with the likes of Elon Musk (Tesla & SpaceX), Jeff Bezos (Amazon), Indra Nooyi (Pepsi), Marc Benioff (Salesforce.com) and others.

These are 6 AMPLIFYING EXAMPLES advocated by the research team:

In ‘comparing’ amplification, a simple sentence like “We are the next Airbnb of car rental” reframes the entire offering. This simple analogy conjures up immediate understanding of a solution.

Meanwhile a visual prototype builds authenticity with its audience. Taking from Eric Ries’ playbook (http://theleanstartup.com/) on minimal viable products, rapid prototyping enables investors and stakeholders to envision the future. Take for example Elon Musk’s bold move by transporting his SpaceX prototype into downtown Washington DC to generate credibility. Though it has not been proven it can take off yet!

I remember an occasion when I was providing consultation for a start-up mobile smartphone brand. I simply told the brand owner to put a working prototype in front of me to “showcase your seriousness”. They did so. 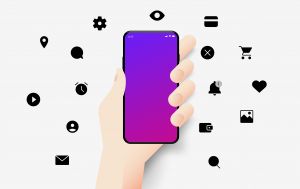 For generations, amplifying through storytelling never fails. Human beings are just hard wired to emotionally driven narratives. In this piece of article “How Stories Change the Brain,” by Paul Zak, he described how stories trigger the hormone oxytocin to alleviate the bonding factor in our brain.

The method of amplifying through ‘signalling’ is through securing early endorsements from reputable agencies, organisations and credible groupings. Work on those that bring almost instant credibility.

Further to this, the concept of FOMO(Fear Of Missing Out) still resonates today. Working on scarcity of resources appears to support your relevancy especially if there is competitive pressure exerted. The urgency of deploying fast innovation in these strange times seems to outweigh to provide an edge. Circling back to Eric Ries, the minimal viable product concept allows one to test and scale when preliminary results show positive reception.

One last example is putting money where the mouth is. Committing your personal resources (money, time and effort) draws great parallel in demonstrating commitment. Elon Musk is an example of an eccentric businessperson pouring millions from his sale of PayPal into Tesla and SpaceX ventures long before actual electric vehicles hit the roads, or a space rocket lifted off.

These 6 ways are research proven methodology deployed in overcoming the innovator’s paradox. With the same breath, we can apply these in almost any day to day situation. From personal stories to brand stories, amplifying our ideas knowingly with the above anchors will catalyst our audience acceptance.

author
Doh Hau Goh
Goh Doh Hau is in the leadership team of Garganto, a boutique style digital marketing agency and ecommerce builder. He enjoys marrying evidence-based research with observation insights to curate gems of practical information. He is a MBA graduate from Sydney Business School (University of Wollongong)

author
Doh Hau Goh
Goh Doh Hau is in the leadership team of Garganto, a boutique style digital marketing agency and ecommerce builder. He enjoys marrying evidence-based research with observation insights to curate gems of practical information. He is a MBA graduate from Sydney Business School (University of Wollongong)